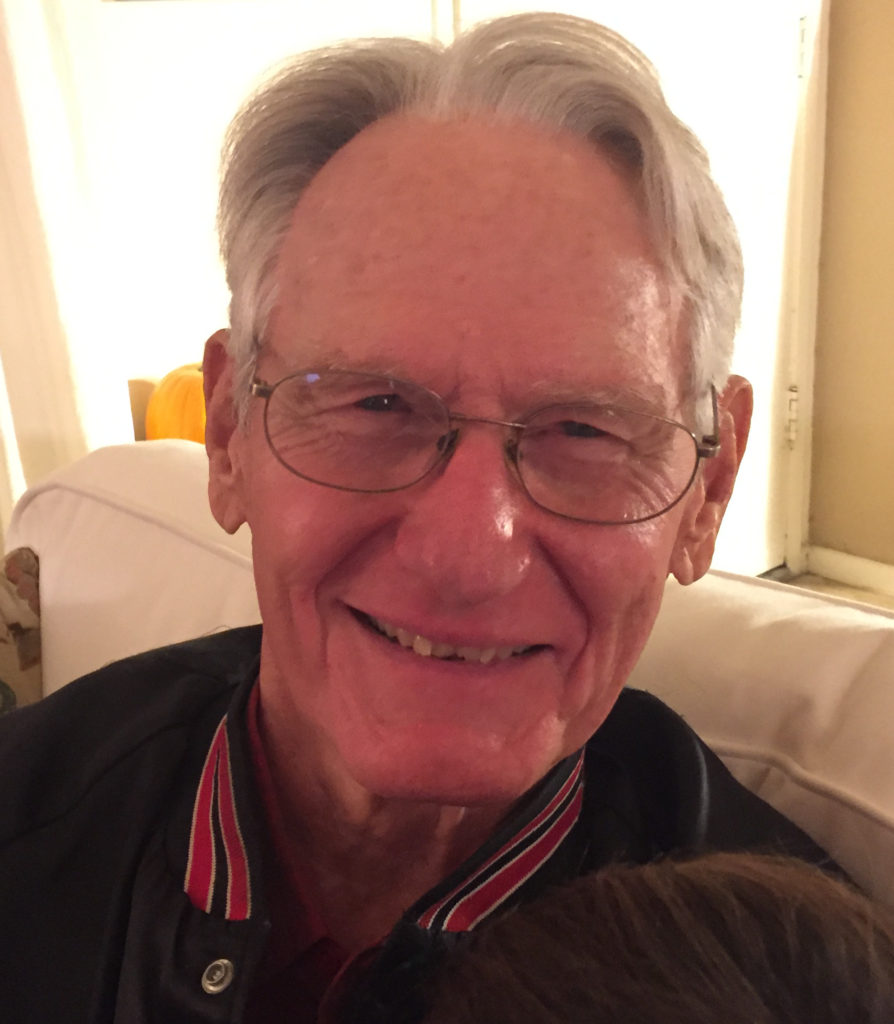 From David Clark Harrison, thanks Dave!!

In Cornelius Ryan’s telling of Market Garden, the story of Viscount Montgomery’s ill-fated attempt at “A Bridge Too Far,” a resident of Nijmegen, a woman whose house had been commandeered by British paratroopers, ran out into the street to hail a cab in the midst of intense fighting. As if all that needed to be done on an ordinary day was to run an errand.

It was in one sense an act of Love, a heroic stance for sanity in opposition to the cruelty and insanity of war. It was at the same time an act in opposition to reality, an act that was out of Mind. It was admirable, inspiring, and delusional. What was going on?

It goes all the way back to Reality, the state that we inhabited before we wound up here. We can think of it this way: in Reality the bonding of our Parents, father Mind-Reason and mother Love-Freedom, brought forth a child endowed with Free Will, the ability to choose freely. It was an attribute essential to his / her central role in Creation, and it is the attribute we most depend upon for our awakening and return to Reality.

But it was not only to produce Free Will that Love was paired with Mind. It was also to endow Creativity with the attributes of context: Purpose and direction, Logic and discipline, Order and structure. The Big Picture.

Without the Reason of Mind, the Freedom of Love is incapable of choice and all that goes into it: observation, options, considerations and their measurements, values and their weighting, guidance and decision. Awareness of considerations, their measurements and their evaluation, are a joint effort between Thinking and Feeling. made possible by Love’s bonding with Mind. Creation itself would not be possible without it, and neither would we, their (unconscious) Child. We would be powerless to do our job in Creation.

The horror of Love without Mind

In the reality of our house invaded by World War II we’re horrified by the thought of Mind without Love. But in responding to it with ordinariness – by hailing a cab in the midst of battle – we’re missing another horror: the horror of Love without Mind. Mind without Love is the act of oppression. Love without Mind is the willful, deluded defenselessness that allows it to happen.

This is the horror of Love without Mind: an act of omission rather than commission, a pretense of innocence that shares equally in guilt, in the suffering, death, and destruction that results from Mind without Love. It has the appearance of selfless virtue, an act of principle. In reality it’s an irresponsible refusal to confront the enemy, bordering on cowardice, that gives the enemy what he wants: our treasure and our life.

That is, if we are to enjoy the fruits of Love and innocence in a state of opposites. Denying that the state of opposites exists, imagining that we are exempt from its consequences, may give us temporary reprieve so long as our luck holds out. But it only emboldens and empowers the opposites, the forces arrayed against us who do not wish us well.

The false innocence of Love without Mind

We have arrived at democracy’s peril, at this moment in our nation’s history, precisely because wishful thinking has allowed forces arrayed against us – the malevolent dominance in the White House and his unthinking, servile allies — to gain strength instead of resisting them forcefully from the outset. It’s their delusional thinking that threatens us because our delusional thinking gave them the opportunity.

It’s all rooted in the false innocence, the delusion, of Love without Mind — Love without Reason; wishful thinking; delusion that is the absence of Reality and Truth; the human condition which guarantees conflict, suffering, and death, until we learn to rely on Mind and Reason to find Reality and Truth, to commit to it, to fight for it.

Love without Mind is no less consequential, no less harmful than irrational conspiracy theories that motivate lethal resentment, hatred, and violence. When one asks Whose side are you on? the answer from Love without Mind is it’s harmlessly on the side of the Nijmegen resident who sought refuge from violence inside a cab. She was equally dismissive of British soldiers fighting to liberate her country as she was of Germans occupying it. She imagined herself at a far remove from their insanity, uncontaminated by their inferiority, purer and more virtuous than both.

It puts those of us who profess such nonsense in wheelchairs under blankets beneath the elms while others go forth to defend us. When we’re overrun by the enemy, we did it to ourselves. Though we didn’t participate in the violence, we deserve no more sympathy for our presumed innocence. We aren’t innocent.

And those who do their duty to protect all of us, to protect and defend democracy, are not guilty. They are doing what the situation calls for, because Love combined with Mind recognizes, accepts, and adapts appropriately to its situation – to its context that only Mind can comprehend.

Taking sides against Reality and Truth is not neutrality

Love without Mind imagines that it’s taken a position of virtuous neutrality. In a democracy there is no such thing. It requires everyone’s participation, everyone’s defense, just as it requires that every citizen perform their civic duty, let their voice be heard, and vote. It is democracy’s defense. It is our protection, our survival.

The Nijmegen resident wanted no part of causes that led to conflict. Faced with the unpleasant reality of conflict that invaded her home, she overrode it with another reality that denied the consequences of conflict. She transferred belief to an alternate reality and acted in accordance with its Logic. She simply invented another Logic to deny and defeat its opposites, to guide her perceptions, her beliefs, decisions, and acts, and to keep her safe.

If one is to assess the morality or immorality of an act by its consequences then the act of the resident of Nijmegen, by not joining in opposition to Hitler’s occupation of her country, was deeply immoral. Her stance writ large across the entire continent, from the Atlantic to the Urals, if it were allowed to dictate the response of every country Hitler invaded, would have brought them all under his rule. He could have ruled the world.

Love without Mind presents itself as a principled stand for peace because it deplores conflict when the impossibility of its premise is laid bare: deploring Reality – the state of opposites – doesn’t make it go away. No matter whether a cab was waiting for the resident of Nijmegen, Hitler’s army was still there. It was still fighting and it was killing honorable men defending her country. She may as well have stayed at home and killed them herself.

The choices we face

This is the false innocence of neutrality in a democracy. This is the folly of Love without Mind. Love and Mind go together or they don’t go at all. It is not possible to serve the cause of good by serving one and not the other in our state of opposites.

Even if Hitler’s army is nowhere to be seen there’s always tomorrow. It could always return, and now that we have arrived at our own Bridge Too Far, what do we do? Do we let delusional authoritarians have their way? Do we join the honorable citizens defending our democracy? Or do we hail a cab?