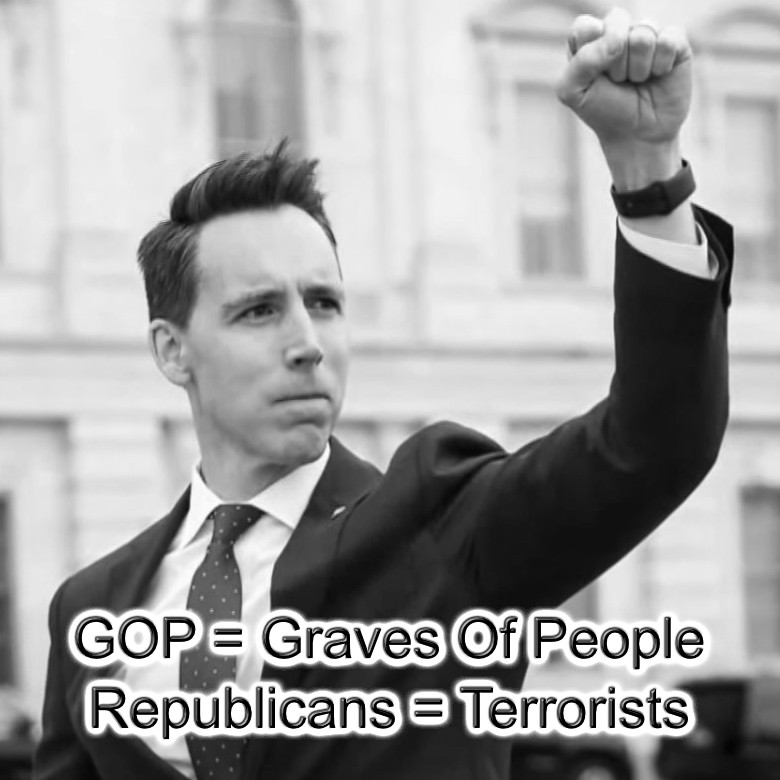 It sure does seem, to me at least, that the ‘riot’ in the capitol last night was orchestrated. News reporters mentioned several times that it didn’t seem like anyone in the protest was local – all from way out of town.

So this was coordinated.

Q-Anon was all over it too.

Trump, family, and a select group of GOP politicians actually had a pavilion set up that sure looked celebratory to me. I think they were hoping to see a lot of Democratic Reps and Senators get slaughtered – at least Pelosi.

When the mayor of DC called for the National Guard, the first request was denied – What the f—?

Everyone saw this coming for years – so much so, I believe it was planned.
Sloppily, haphazardly, like drunken frat boys, but planned.

This has to be investigated – starting with the capitol police falling back helpfully and allowing the attack to escalate.

They’ll try again tonite or tomorrow – just watch. There’s big money in play here and you can bet some of those well-heeled punks trashing the capitol have Trump or Putin’s money in their pockets.

Also, trying to blame the left, saying they infiltrated and caused the damage. Jesus wept, no one alive is that stupid except Trump and family.

I hope the remaining moderates in the GOP realize what they’ve done to their party, themselves, and our country… we in the majority sure won’t ever forget.

I’ve had less and less respect for the GOP over the years but this is a new low.

Last time you just spat on my wife’s grave – now you’re trying to wreck the country.

postscript – this fat, comfy mofo is going to prison for treason:

You can bet he put up money for this and it will be traced back to Trump.