Got home from a trip to the mountains to find this story splattered all over the news:

Aside from being in literally the largest typeface they can find, it’s kind of a scary story (be a-frayyyeed!)

The 2400 block of Sunset is less than a mile from where I live on Bowen St. 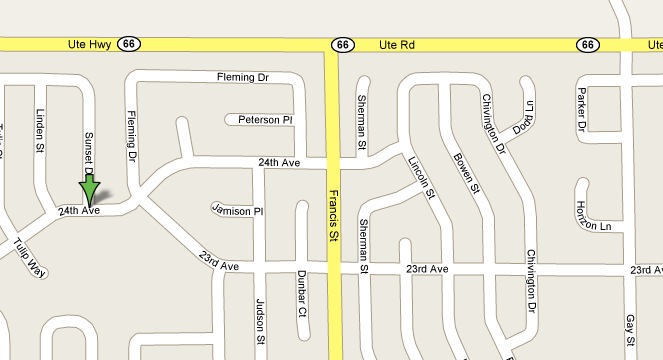 The bomb squad blew up something in Raber Park – we got a reverse-911 call warning us not to worry. Then about 20 minutes later there was a ground-shaking explosion from that area. Whatever they blew up was HUGE. It would have done serious damage. It shook the ground ten blocks away.

Correction: they blew up a 1/2 lb of nitroglycerin – in the driveway of the residence! What the hell! Why are weren’t these assholes arrested immediately!?

My question is: why aren’t the people living in the house under arrest even now (it’s been going on since Friday!!) ? Who’s protecting them?

What concerns me is that this could be linked to White Supremist activities – we’ve had more than one ‘drop’ of anti-Hispanic literature in our neighborhood and now this.

The Longmont Police weren’t the least bit interested or helpful about the White Supremist literature drops, didn’t care about the vehicle that was sighted doing them… and now this.

I can’t help but think there’s a connection and it’s butt-covering time. If racist flyers are found in that house, I’m going to want some explanations from the Police. They’ve been investigating explosions for a year – if they’d followed ONE complaint about the racist literature being spread around, they might have found this a long time ago. Thank God no one was hurt. This time!

The real terrorists are already here. We need to stop wasting our soldiers lives, our time and our money in Iraq and come take care of our own country before lunatics with a copy of the Anarchist’s Cookbook, a Bible and a burning hatred for their chosen ‘target group’ do some -real- damage.

Per form, the Fort Collins Coloradoan has nothing on this story – nothing on Longmont PERIOD. Must be conferencing with higher ups about how to spin it.

Of course other media outlets are carrying it.

(from the Longmont Times Call)

At approximately 4a.m Sunday morning Ronald Swerlein, was arrested as he attempted to get back into his residence.

4am? I thought he was ‘detained’ – must have made bail?

Here’s the nugget that’s been kept quiet – the Police think this might be tied to explosives that have been left outside the Longmont Clinic. Golly. Abortion fanatics in Longmont? Who’da guessed.

Hm. Looks about typical for a Longmontian… not. Funny thing is I’ve heard he was a Chemical Engineer, so this guy’s no dope. He had “…over 200 chemical compounds and liquids…” and “Several of the compounds and liquids were determined to be blasting agents capable of causing significant damage when detonated in large quantities.”

This is just the beginning of this story kids. You don’t just pick up PETN at the corner store – someone was helping this sociopath.

He got probation – no time in jail. Oh great. Since this has happened, a loudly-professed right-wing lunatic tried to wipe out a Unitarian church and another loon threatened to kill Obama.

Eliminationist dogma blasted out every day on right-wing talk radio and shouted from thousands of wingnut blogs is clearly having an effect. Nice work guys.