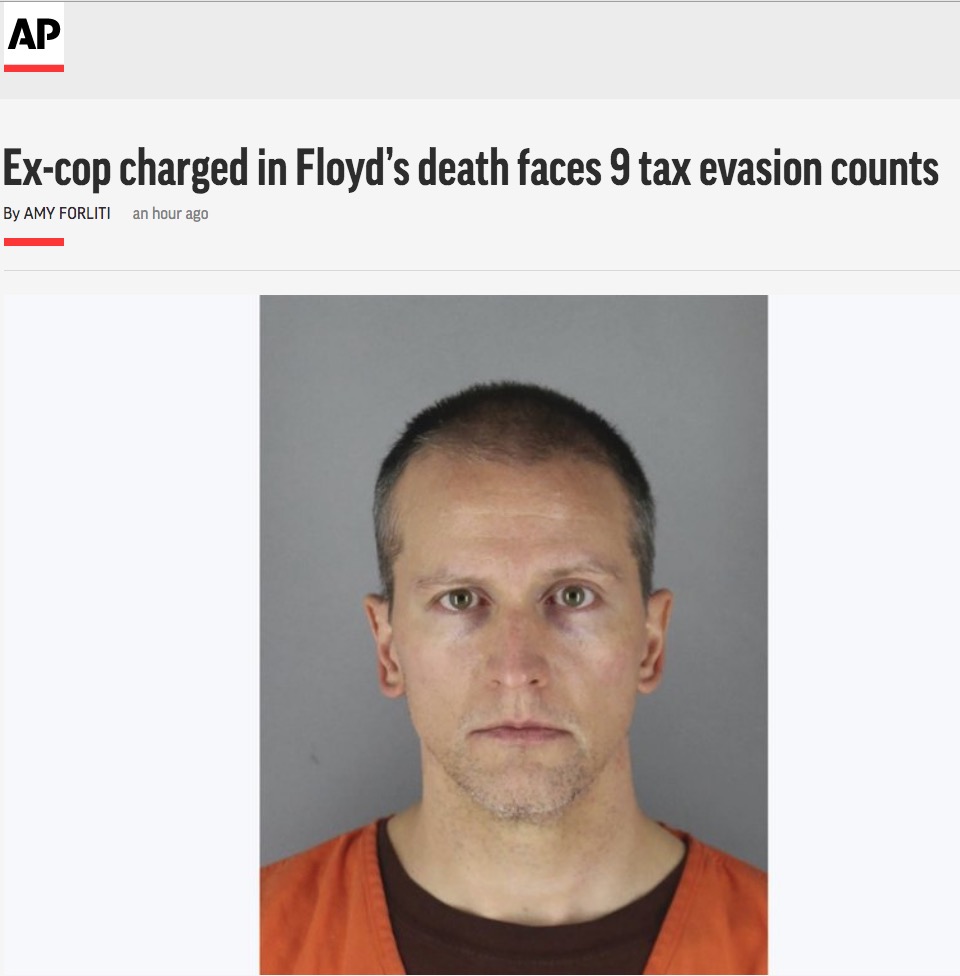 MINNEAPOLIS (AP) — The former Minneapolis police officer charged with murder in the death of George Floyd was charged Wednesday with multiple felony counts of tax evasion, according to criminal complaints that allege he and his wife didn’t report income from various jobs, including more than $95,000 for his off-duty security work.

When I first saw the video of George Floyd being executed publicly by Derek Chauvin in cold blood it was very clear to me that there was a much larger picture here.

The exposure of the tax evasion charges begs the question of how far the corruption goes.

Usually, when criminals do something crazy-desperate like slaughtering people openly, it’s because the law is nipping at their soft parts.

My guess is that there will be a rash of sudden deaths in the upper echelons of the Minneapolis police dept as all of Chauvin’s dirty pals fight for survival.