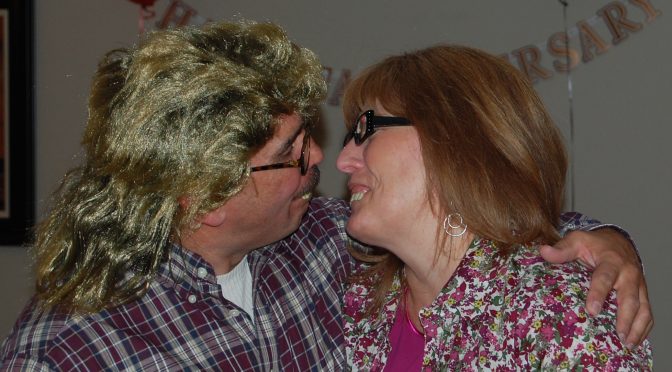 Joshua and Sherri Zander, of Fort Collins, stepped into the presence of Jesus on Sunday, August 21st in a motorcycle accident on Highway 34 coming home from a sunshine bright, Sunday ride to Estes Park. They were both 55 years old. Joshua was preceded in death by his father, Warren Zander, his mother, Joanne Zander, his brother Michael Zander. He is survived by his sister Mardie (Jay), sister Kris, brother David (Trish), sister Lisa and brother Carl (Chris). Sherri was preceded in death by her brother Jeff Thicksten and brother Mark Thicksten. Sherri is survived by her mother Nancy (Charlie), father Darrell (Deb), sister Tammi (Doug), sister Niqie (Kevin), sister Darlene, and sister Tammy. They both are preceded in death by their son Tyler. They both are survived by four children: Jeremy (Jen), Charlie (Jamie), Katie (Kevin) and Colby (Ruben). They are also survived by six grandchildren affectionately called “grandcuties”: Jackson, Avery, Logan, Braxton, Mason, and Lilly. Joshua was born in Chicago, Illinois, September 8, 1960. Sherri was born in Whiteside County, Illinois, October 28, 1960. Both families moved to Fort Collins when Joshua and Sherri were young. They met at Blevins Junior High in Fort Collins. Both graduated from Rocky Mountain High School in 1978. They began dating shortly after high school graduation, fell in love and married September 27, 1980. Josh worked for Larimer County as a Facilities Manager for ten years. He then became the Facilities Manager at Timberline Church where he served faithfully for six years, seeing the church through a relocation to Timberline Road. In 2004 he took a job at Platte River Power Authority in Site Facilities, became a Plant Operator and then a Laboratory Technician. Sherri launched and managed the coffee shop at Timberline Church, worked for Axa Advisors as an Administrative Assistant, then went back to work at Timberline Church as an Administrative Assistant and was quickly promoted to Office Manager. They had five children, each one loved for who they were. Those children were their whole world. On May 11, 2001 their son Tyler passed from this life as a result of neurofibromatosis. Josh and Sherri modeled what faith and strength looked like while living day to day through difficult times. In any conversation with Josh and Sherri, it was clear that family and faith were everything to them. They loved each other with an almost magical kind of love. They did almost everything together. They were filled to the brim with happiness when they were with their kids and their grandchildren. You could see the joy in their eyes and hear it in their laughter. These were parents who were delighted and energized by their strong family bond. Josh and Sherri had hearts that held plenty of room for loving and caring for their friends too. So many friends . . . so many stories shared of them showing up to help a friend in need. Woodworking projects, party planning, recipe sharing, thoughtful, handwritten notes. Both freely offering hands on help and words of consolation and encouragement, bringing light and hope to those going through rough times. It was easy to have fun with them too. A party at their place was quite an event. Everything a guest might need was thought about and planned for. Everything was just right, when they threw a party. Laughter and love shared in abundance, made being with them a time that would be remembered. Josh loved woodworking and cigars, Sherri loved crafting and decorating – especially for the holidays. They both had the wonderful gift of hospitality. They had a way of making everyone they met feel special. And they both loved to ride their motorcycle together every chance they could. They loved God, their family and their friends. They cared deeply about their work and those they worked with. They were dedicated and honorable people. The kind of people this world could use more of. We loved them. Our hearts are broken because they are gone from us for now . . . but we will see them again, and all will be right and whole once more. For that assurance, we give thanks to our God. Please visit Josh & Sherri’s online memorial tribute at www.allnutt.com.

This a selection of images – some mine, others from Tammi’s personal photos. I knew Josh and Sherry for roughly six years and knew they were incredible people. Sherry was a wonderful sister to Tammi and Josh was the perfect brother in law. I know they’re riding down the highway together still, just in a better place.

Smooth riding kids, see you at the big truck stop in the sky.

2 thoughts on “Stepping into the Presence”