The original Constitution of the United States that was ratified in 1789 had only one reference to religion: [Article 6] No religious Test shall ever be required as a Qualification to any Office or public Trust under the United States.

The original ‘Pledge of Allegiance’ was written in 1892 by Baptist Minister Francis Bellamy who DID NOT INCLUDE the words “Under God.” Those were added by Congress 62 years later (1954).

Just after the Red Scare in the 1950’s, CONGRESS CHANGED the Pledge of Allegiance and our Nation’s Motto over the FEAR of COMMUNISM.

In a time when fear is traded like a commodity, and the word SOCIALISM is being used to create the same fear as the old word COMMUNISM, let’s REMEMBER that our country was NOT founded on fear. NO, OUR NATION was founded out of HOPE for a better world where all people were EQUAL – that we were ONE from MANY. 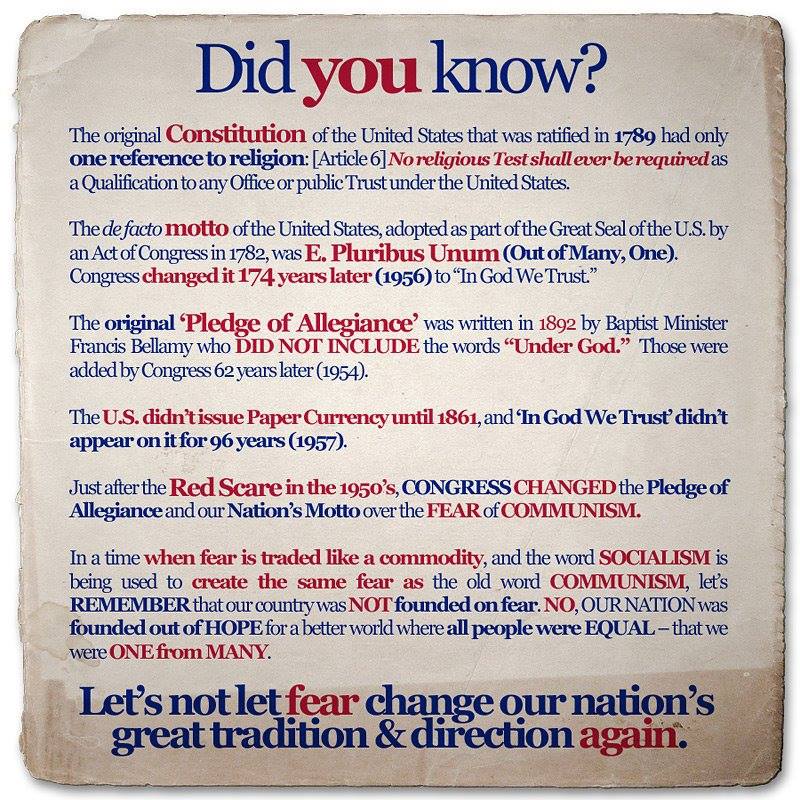 One thought on “Did you know?”