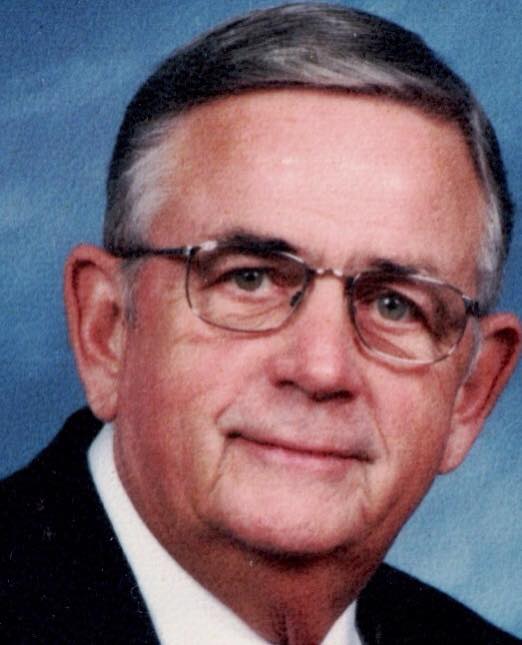 William D. “Mickey” Rowe, 83, of Vandergrift passed away peacefully surrounded by his family on Friday, May 29, 2015 in his home.

Born July 14, 1931 in Vandergrift he was a son of the late William John and Lillian Emily (Barber) Rowe. Mr. Rowe lived in Vandergrift all of his life and was a graduate of Vandergrift High School class of 1950. He was employed as Utilities Dispatcher for U.S. Steel in Vandergrift where he was Past President of Local Union U.S.W.A. 1346 retiring after 38 years.

After retirement Bill worked for Walter Optical in Vandergrift and the Vandergrift Beer Distributor.

An Air Force veteran, Bill served during the Korean Conflict in the 43rd Bomb Wing of the Strategic Air Command (S.A.C.). He was honorably discharged in 1956 after four years of service.

Mr. Rowe volunteered for the Vandergrift Meals on Wheels for more than 25 years and enjoyed working at his church’s spaghetti dinners and at all of the Men’s Club activities. He was also a member of the PA Adopt-A-Highway.

He was the proud recipient of Citations from the State House of Representatives, Westmoreland County Commissioners and the Vandergrift Borough along with a plaque from Vandergrift #2 Fire Department for rescuing a 74 year old woman from a fire in her home in 1983.

Bill enjoyed traveling, working in his yard, but most of all loved spending time with his family. Although he was a lifelong resident of Vandergrift he was an avid Dallas Cowboys football fan.

Besides his parents, Mr. Rowe was preceded in death by two sisters, Shirley Wray and Mary Barbara Walsh.

He is survived by his wife of 61 years, Lois Jean (Kane) Rowe of Vandergrift; daughter, Debra Jean Julian and her husband, Joseph of Pittsburgh; two sons, William D. Rowe and his wife, Jennifer of Broadview Heights, OH and Michael E. Rowe and his wife Beth of Leechburg; 3 grandchildren, Matthew R. and Angela J. Julian both of Pittsburgh and Edward J. Rowe of Leechburg; a sister, Guinivere Fleissner of Pittsburgh as well as many nieces and nephews. He also leaves behind his special friends, Wilmer and Raffelina Shaner.

Visitation will on Monday, June 1st from 2-4 & 6-8 pm in the Brady-Curran Funeral Home & Cremation Services, Inc., 429 Franklin Avenue, Vandergrift. Parting prayers of transfer will be recited at the funeral home on Tuesday, June 2nd at 11 am followed by Mass of Christian Burial at 11:30 am in St. Gertrude Roman Catholic Church, Vandergrift with Father James Loew OSB celebrant. Entombment will follow in Greenwood Memorial Park Mausoleum, Lower Burrell where full military honors will be accorded by the Vandergrift Veterans Honor Guard, Inc.