It’s Time for the Madness to Stop 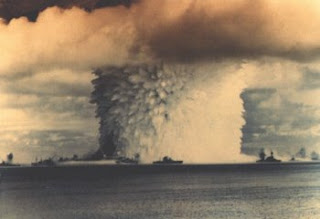 Sometimes it’s hard to come to grips with the truth — especially if that truth is about our own country, and is in direct opposition to everything we’ve been taught since childhood. Patriotism is in our genes, and through the years it has been a national conviction that, if our country needed us, serving in the military to protect our freedom was not only the right thing to do, but the only thing to do. We still believe that. We still leap to our feet at the first beat of a drum at a military parade, clutch our hearts at the sight of the Stars and Stripes, weep at the refrain of the National Anthem. However, far too many of us succumb to the pomp and pageantry of war — of mission accomplished — with little concern for the human beings who made that possible — what they went through, what they’re still going through — so we can maintain our arrogant national pride.

From the beginning, those in the military have served their country with unswerving loyalty. They continued to march even after Henry Kissinger belched out the truth that Duty–Honor–Country is a one-way street because “Military men are dumb, stupid animals to be used” as pawns for foreign policy. And, it has long been a dead-end street for those captured or left behind on foreign soil — for those who return from battlefields maimed both mentally and physically, and for those who are innocent victims of malicious life-destroying experiments who have no chance of the extent of their injuries being recognized and are refused the necessary health care.

The most ghastly experiment the military ever conducted was Operation Crossroads, a series of “Manhattan Project” tests requested by the Joint Chiefs of Staff in 1946 to study the effects of nuclear weapons on ships and equipment. After bombing Hiroshima and Nagasaki the year before, US officials knew the effect of massive radiation on human beings and animals. They had to know. So what else were the thousands of navy personnel positioned on ships from five to eight miles from the Bikini Atoll bomb site in the central Pacific if not guinea pigs?

One young sailor stationed at the Bikini Atoll in 1946 was Anthony Guarisco who, like thousands of others, has suffered horribly for the last 63 years as a result of radiation poisoning and like those others, has been denied the proper health care. Guarisco is the founder of both the National and International Alliance of Atomic Veterans. In 1994, Academy Award-winning team Vivienne Verdon-Roe and Michael Porter produced a documentary, “Experimental Animals,” featuring Guarisco who, very calmly, describes the horrors of that 1946 July. (Note: Ecological Options Network has just re-released “Experimental Animals” on-line and as a DVD, because EON filmmaker/activist Jim Heddle says, “we think it’s as relevant today as it was when it was produced.”)

The first bomb — Able — was dropped from a B-29 on July 1. As a health precaution, military personnel in the area were told to “cover their eyes.” Guarisco said it was awesome. He said it immediately “came home to me what happened at Hiroshima and Nagasaki. I could see how 55-65 thousand people could die in one-and-a-half seconds.”

But the second one — Baker — was beyond awesome. Guarisco said it was detonated beneath the ocean from a depth of 90 feet, and “sucked a target array of approximately 100 ships into the air like little toys. I saw the U.S. Arkansas soar into the air about 200 feet and come down in two pieces. I saw aircraft carriers just flinging around as if they were toys.”

According to the Navy’s historical report, “The inability to complete inspections on much of the target fleet threatened the success of the operation after BAKER. A program of target vessel decontamination was begun in earnest about 1 August. This involved washing the ships’ exteriors using work crews drawn from the target ships’ companies under radiological supervision of monitors equipped with radiation detection and measurement devices. Initially, decontamination was slow as the safe time aboard the target ships was measured only in minutes. As time progressed, the support fleet itself had become contaminated by the low-level radioactivity in marine growth on the ships’ hulls and seawater piping systems.”

Ironically, although the ships were towed out of the area just 10 days after the blast where the work could be done in uncontaminated water, no warning was given to the human experimental animals, who were allowed to swim in contaminated water, walk barefoot on beaches and breathe poisonous air.

Guarisco said, “We went back into the ground zero area immediately after each of the detonations, and I spent a total of 67 days in the Bikini lagoon within one mile of the epicenter. And I became ill after the second detonation, approximately four or five days after that…I had symptoms similar to having a bad case of influenza. I had welts on my body — I broke out with welts — and it was scary for me. I was urinating blood, I was very sick.”

And Guarisco wasn’t the only one who became ill. In a 1998 National Radio Project interview with Michael O’Rourke, who monitors veterans health issues for the Veterans of Foreign Wars of the United States, Guarisco said, “Other people on my ship were also feeling very sick. And for many, many years I thought that, well, certainly if there was anything wrong surely they would let me know. But,” he said, “I found out many years later that’s not how it is. You know, the government and the U.S. military are not about to say anything about anybody who’s exposed to high levels or low levels of radiation. It was hard for me to come out of denial, to understand that I was dealing with people who really were not interested in anything else but waiting for me to die.”

Guarisco says that, in one — two — blinding flashes, “we saw what World War III will look like. We have seen the firestorm, we have been witness to the sacrilegious devastation that nuclear weapons put forth, and we have seen our brother and our sister veterans die from being exposed to this terribleness.” He says the bottom line of nuclear weapons is the bottom line of the profit margin — that “deterrent” or “first strike” are fear code words used to keep the population at bay and to pave the way for the nuclear industry to keep building more expensive (profitable) weapons.

In his March 2008 tribute to both of his parents, Guarisco’s son, Vincent, goes into greater detail about his father’s lifelong battle, not only with the effects of radiation but with the nuclear industry and government itself. For more than 60 years, both Anthony and Mary Guarisco were out there, militant activists armed with the truth, relentlessly attempting to derail the nuclear train before it goes over the cliff, taking human survival with it.

The United States has more nuclear weapons than any other nation. Although we have avoided the instant, negative repercussions of another Nagasaki or Hiroshima, we have nevertheless managed to contaminate most of the world with Depleted Uranium.

In 2006, Japanese professor Dr. K. Yagasaki, by using the known amount of uranium used in the Hiroshima bomb — about the size of a two-litre milk container — calculated that a ton of DU used on the battlefield results in the equivalent of 100 Hiroshima bombs worth of radiation released into the atmosphere. So, when it was reported that 2,000 tons of DU were dropped on Iraq from 2003 to 2006, we need to understand that what was released in the Iraqi atmosphere, and then spreading worldwide, was the equivalent of 200,000 Hiroshima bombs.
The total amount of DU the US has used since 1991 is approximately 4,600 tons (1,000 in the first Gulf War, 800 in Kosovo, 800 in Afghanistan and a further 2,000 tons in the second Iraq war.) This amounts to approximately 460,000 Hiroshima bombs, ten times the amount of radiation released into the atmosphere from all previous nuclear testing worldwide. And, it’s important to note this calculation was three years ago. Since that time, we’ve had three more years of non-stop DU bombing…

Throughout the ’60s, the US conducted numerous toxic and chemical weapons tests on its military personnel. In July 2008, Nic Maclellan, journalist, researcher and development worker in the Pacific, wrote…

“Under Project SHAD, the US Navy conducted six tests in the Marshall Islands and off the coast of Hawai’i between 1964-68. Pentagon documents released in 2002 show the US Defense Department sprayed live nerve and biological agents on ships and sailors, and sprayed a germ toxin on Enewetak Atoll in the Marshall Islands.

“These Cold War-era experiments to test the Navy’s vulnerability to toxic warfare involved about 4,300 US military personnel, mostly from the Navy. Most were never informed that the tests were being conducted, breaching all ethical principles about informed consent for test subjects.”

It’s time that we, as a nation, not only face the truth — but come to grips with it. Those who serve with such trust and loyalty cannot imagine that they are, at best, “experimental animals” to be used and cast aside by ruthless corporate thugs.

How many generations of Anthony Guariscos must we lose before we realize that “support the troops” means protect the troops? Like Guarisco said, we must stand up, stand together and demand the abolition of all nuclear weapons if human beings on this planet are to survive.

It’s time for the madness to stop. Before we are all atomic veterans.