Nearly twenty five organizations with hired lobbyists came out opposing the recently vetoed HB 1072, which sought to make it easier for unions to negotiate job shops.

According to the Secretary of Stateâ€™s office, the following groups were working against the bill, while others monitored or supported it.

Here is a listing of those who opposed the bill:

These are the kind of people that perpetrated the Ludlow Massacre. 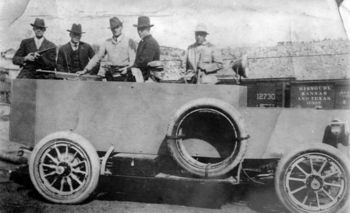 Read the whole Wikipedia entry. It’s a shameful chapter of Colorado history – and the bastards that made it happen are still filthy rich and spitting on the unions.

For shame Bill Ritter. You’ll regret standing with these people.

Karma never sleeps and neither do the souls of the murdered workers at Ludlow. Labor won’t soon forget how you climbed up their backs and then pissed on them.