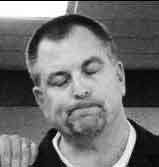 From the Toledo Blade

Tom Noe, convicted of stealing millions from a fund for Ohioâ€™s injured workers to live a fraudulent lifestyle that included luxury homes in two states, will pass into retirement age in a prison uniform.

Judge Thomas Osowik, citing the â€œoverwhelming evidenceâ€ against Noe, 52, sentenced him to serve 18 years in a state prison, and for the sentence to begin after he serves 27 months on an unrelated federal offense.

Noe would be 72 when released.

Judge Osowik said Noe, the former Republican fund-raiser who helped the successful campaigns of Gov. Bob Taft and President Bush, took the money from the rare-coin funds he managed for the Ohio Bureau of Workersâ€™ Compensation â€œfor one purpose: to present some type of facade that you had this bottomless cup of wealth and luxury at your disposal when in fact it was at the stateâ€™s expense.â€

Read the rest at the Blade