Usually I commend Channel 7 for worthy news reporting, but this time I must say, “Shame On YOU!”

Why Bush Will Nuke Iran

09/26/06 “Information Clearing House” — — The neoconservative Bush administration will attack Iran with tactical nuclear weapons, because it is the only way the neocons believe they can rescue their goal of US (and Israeli) hegemony in the Middle East.

Why Bush Will Nuke IranRead More »

“I don’t know where bin Laden is. I have no idea and really don’t care. It’s not that important. It’s not our priority.”

Clinton or Bush at fault? the briefest summaryRead More »

Kip Hawley is an IdiotRead More »

We have a skewed idea of what most evil actually is.

Read the whole article in the Rocky Mountain News

Rev. Michael Morran on Sunday used a makeshift pulpit in front of the state Capitol to condemn a constitutional amendment that would ban gay marriage.Standing in front of a sign reading, “People of Faith Standing on the Side of Love,” with flowers strewn at his feet, Morran joined other clergy in denouncing Amendment 43 on November’s ballot.

Check out how much your ‘public servants’ make!!

Some useful dates and links:

October 31st is the last day to request an absentee ballot – use the link above to get the form and mail it to your County Clerk’s office.

WASHINGTON (AP) — Nonlethal weapons such as high-power microwave devices should be used on American citizens in crowd-control situations before being used on the battlefield, the Air Force secretary said Tuesday.
…

Hearing that the Republican Party is going to ‘dig up dirt’ on Democratic opponents kinda makes me nuts… do these crooked bastards (and bastardettes!) think we’ve forgotten their hideous smears of John Kerry’s (and Max Cleland’s!) military service?

The adage that people should not condemn others until they have walked a mile in their shoes was never more true than today.

“Character teaches above our wills. Men imagine that they communicate their virtue or vice only by overt actions, and do not see that virtue or vice emit a breath every moment.”

Got this from the AFA today (I’m a member so I get all their heinous little email screeds):

Please give this invitation to your pastor. Time is short!

So, a real majority of the country believes there’s more to 9/11.

Do the mid-term elections mean a bit more now?

WASHINGTON – There’s no evidence Saddam Hussein had ties with al-Qaida, according to a Senate report on prewar intelligence that Democrats say undercuts President Bush’s justification for invading Iraq.

An inclusive list of those who endlessly advocate for war, but have done everything possible to avoid being in one.

Chickenhawks One and AllRead More »

‘Have you no sense of decency, sir?’

It is to our deep national shameâ€”and ultimately it will be to the Presidentâ€™s deep personal regretâ€”that he has followed his Secretary of Defense down the path of trying to tie those loyal Americans who disagree with his policiesâ€”or even question their effectiveness or executionâ€”to the Nazis of the past, and the al Qaeda of the present. 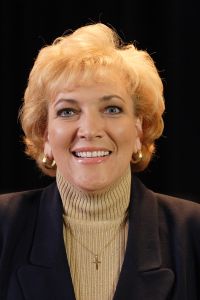 Work to get these cursed things OUT of our election system. NOW

No more War Pigs have the power,

Hand of God has struck the hour.

Day of judgement, God is calling,

on their knees the war pigs crawling.

Yep, crawling is the right word – the Republican Congressional candidates are running away from Bush.

On Their Knees the War Pigs Crawling…Read More » Bush is shot by a sniper in a scene from Death of a President.

Held up by a secret service bodyguard in his dying moments after being shot in the stomach, this is President Bush being assassinated.

Surrounded by a crowd of panicking onlookers, the American leader is pictured just seconds after being gunned down by a sniper following an anti-war demonstration.

But rather than a repeat of JFK’s shooting or Ronald Reagan’s attempted assassination, this shocking image is part of a new Channel Four show.

The dramatic scene, which has caused outrage among Americans, has been created by a British film company for a programme about the effect of the War On Terror.

This is just too damn funny. With this guy on our side, we can’t lose!

That’s ‘Governor Ritter’ to YOU!

The man who sees absolutes, where all other men see nuances and shades of meaning, is either a prophet, or a quack.

Donald H. Rumsfeld is not a prophet.

Pat Buchanan, past Republican candidate for President makes it quite clear that Mr. Bush should be impeached. Remember, this is a conservative Republican speaking!

A staggering number of Americans are totally discouraged by the political actions of both parties as Congress continues to rubber-stamp the recommendations of the Bush administration.

A Majority in Search of LeadershipRead More »

If you ever doubt how virulent the Right’s hatred of us is, look at this photo.

They would do this to all of us if they could.

“We should prepare to go on the offensive. Our aim is to smash Lebanon, Trans-Jordan, and Syria. The weak point is Lebanon, for the Moslem regime is artificial and easy for us to undermine. We shall establish a Christian state there, and then we will smash the Arab Legion, eliminate Trans-Jordan; Syria will fall to us. We then bomb and move on and take Port Said, Alexandria and Sinai.”

Mad Dog on a LeashRead More »

If there are two words in the English language which should raise one’s level of alertness, those words are, “Trust me”.

Trust is a Mutual AffairRead More »

The living sing songs of inspiration, songs of praise for the superiority of their own nation, their own principles, and their own concept of God. They are the best of humans and they will triumph over all because their hearts are pure.

The dead are silent.

The Living and the DeadRead More »