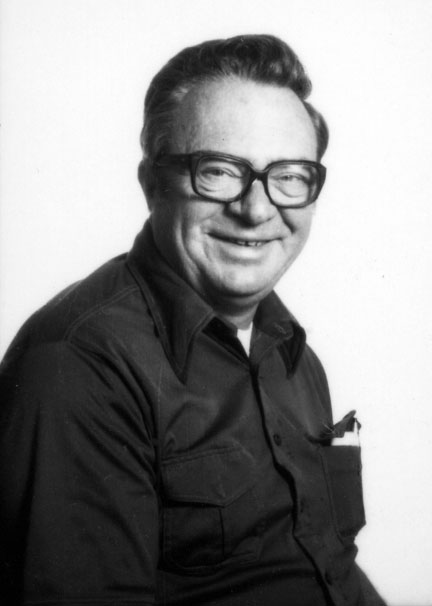 This post is dedicated to the memory of my father, George Parker Wray who died May 21st, 2008.

First, here’s the eulogy I wrote for his memorial service.

It was an amazing service. The Kiskiminetas Mason Lodge 617 turned out as did the Shriner Clowns whom he had been a member of.

The Masonic service was incredibly moving and it was very obvious my father’s fellow lodge members loved him dearly and grieved his death. Being a mason was a big part of my father’s life and when he and my mother returned to the Pennsylvania area, he became active again – eventually joining the Shriner clowns and helping to raise the spirits of sick children. My dad loved children and it’s so obvious in photos and stories told about him – tying balloon animals for hours so that every single child at an event took something away to remind them of the happy time.

Something the Shriner Clowns did was just touching beyond words – they each left a small balloon animal on the altar as they passed. Seeing the Masonic symbols (lambskin apron, evergreen sprigs and scroll) together with these simple icons of childhood were crushingly poignant. Clearly you could see this was a complicated man who touched people on a lot of levels.

There’s so much story to tell that I’m just going to start dropping in photos and describe them. Try and keep up.

My dad was born and grew up on a farm in Spring Church, PA.

This is his family. I think that’s him on the left in the first row of kids.

An earlier shot of my dad’s family.

My father’s parents. Tough-looking people which I suppose comes from farming.

When my father left his family farm (another story!) he went to work in the local steelmill (US Steel) and met my mother (Shirley) and his to-be inlaws. This is such an iconic shot.

Emily and William Rowe, my mother’s parents. I knew only Emily, William died when I was very little. (here’s my eulogy for my grandmother)

My mother had two sisters, Bobby and Gwenevere and a brother William (my uncle Mickey). Here’s a great shot of all of them after a night on the town:

Front row: Jean Rowe, Emily’s three daughters, Bobby Rowe (Walsh), Gwen Rowe (Fleissner) and Shirley Rowe (Wray). Note the horns being added by my uncle Bob and my father. I take it from the straws that drinking had been involved. Uncle Bob looks either very sleepy or completely fried. Needless to say, it was a very close-knit group. All of these people were very much a part of my life as I was growing up and I love them all dearly. (High-resolution image available.)

Well, it wasn’t long after (maybe even before) this photo was taken that my parents started building a family.

The children of George and Shirley Wray are, in order:

Here’s a couple of shots of my mom and I sitting on the front porch of our house in Apollo – we lived in two different places – one in the lower part of town, the other ‘up on the hill’ (Oak Hill) (map).

Take a wild guess who coached me to make that gesture?

I start to remember my father’s career starting around the time he got a job at the US Steel Monroeville Research Center. (everybody’s welcome to help me fill in his earlier years in the steel mill, then San Diego in the Navy and then as a door-to-door insurance salesman – all I know is stories passed on) If I remember right, he started out doing welding for vacuum systems, which led him into a position on the new one-million-volt electron microscope US Steel was buying. That was a rough time for him – apparently he’d claimed a high-school diploma and didn’t actually have it! So he had to hurriedly cram for and take the GED, not something you just do in a week. He did. He also learned electronics via correspondence, amazing to me even now. He worked at US Steel for (I think) twelve years, took early retirement and moved to a job at the University of Colorado’s Molecular, Cellular and Developmental Biology.

Here’s some photos from George’s time at US Steel’s Monroeville Research Center:

The RCA 1-million-volt transmission electron microscope. That’s George at the console – he spent thousands of hours running this sci-fi-lookin thing. I spent a fair bit of time here with him on various occasions. The room was kept darkened when the microscope was in use. That, combined with the huge, hulking supports, the humming of pumps, clicking relays and control switches only made it more exciting. This was the glowing heart of scientific research at the time – and my dad was square in the middle of it!

This is the ‘accelerator room’ – I think they called it that because it made your heart race to come up the stairs, turn a corner and see this. It’s a Cockcroft-Walton generator and was a part of early ‘atom smashers.’ This is where the one million volts of energy was generated to accelerate the electrons into the microscope’s ‘column’ downstairs.

My father didn’t just -work- on this machine, he helped assemble it. This transformer is below the floor of the accelerator room shown above. There’s my dad, as usual, up to his elbows in the dirtiest job. I think he loved doing the ‘messy’ jobs that no one else wanted to do.

Here’s George at the top of the electron-beam column. He’s actually -inside- the part that the guy is polishing in the photo above of the accelerator. This was the ‘electron gun’ assembly where the ‘filament’ was housed that actually created the beam of electrons.

Here’s a color advertisement US Steel ran -great shot of the accelerator. That’s my dad applying a grounding rod to it. For what it’s worth, my dad didn’t really wear a lab coat all the time.

I think this group is the team that assembled the microscope. My dad’s in the back row, second to last on the right.

Another group shot. I think this was the primary building-installation team. My dad’s in the back row, last one on the right. Note that everone’s wearing dosimeters – this thing generated high-energy x-rays when it was on, so radiation exposure had to be monitored.

Group shot of the entire research staff. I think this is everyone that worked at the Monroeville Research Center.

Here’s my dad, closeup from the photo above. He’s in the fourth row back, third in from the left. Look at his face – I know that look. He was so tickled he was probably trembling. This had to be one of the Big Moments in his life to be counted among these people.

When George left US Steel Research after 12 (?) years his co-workers presented him with a notebook filled with significant photos (several shown above) as well as some fun ‘geek humor’:

I love that it’s all elements from the lab: the Dymo labeller (very new at the time and the labels were ubiquitous throughout the lab. The USS logo patch that was on coats, the part-tag (with my dad’s employee number I suspect, but don’t know for sure). Basically it’s supposed to be an ‘operating log’ similar to the one kept for The Scope.

This page is just filled with all kinds of silly ‘in’ jokes. The ‘Description of Specimen’ is, however, perfectly accurate. One of the signatures at the bottom right is J.Scott Lally. If I understand the ‘Plate exposure’ line, 39,683 photos were taken by the MVEM during my father’s time there. Not a bad record!

Map to ‘Party for George Wray’ – I think the location name is also a gag: ‘Elec. Heights Hous. Assoc.’ very likely means ‘Electron Heights Housing Association’ and was perhaps housing for visiting scientists. It had a ‘hut’ which is Cold War slang for a guard shack. This was probably a meeting hall for the research campus. I love that “Informal” has no less than seven underlines. I think they meant VERY informal.

We moved to Boulder, CO in the 1970s and baby, it was a whole different world. From a high-security corporate research lab to a wide-open biology research lab on a college campus. A whole new microscope to install and operate. Nobel-prize-winning scientist Dr. Keith Porter was in charge at the time, so it was pretty heady stuff.

This is my dad and his soon-to-be good friend Kiyoshi Takasaki assembling the microscope. They’re getting ready to add the objective lens/sample stage section.

Dick McIntosh and George Wray pose on the upper deck of the JEOL 1000C TEM.

Here’s my dad, my mom and Paul Connally posing on the Hanford, WA scope that they stripped for parts when it was decommissioned.

Taking apart the Hanford, WA scope. They worked round-the-clock for days salvaging every single unique component they could. Many parts of the Hanford scope went into keeping the Boulder, CO scope going.

The folks in the MCD Biology department treated my dad like family. You can see the joy on his face as he reads his birthday card at this party.

Aww. Such a ladies man. They all loved my old man. For good reason!

After my father retired from the University of Colorado, he and my mother moved to Winston-Salem, NC. Wake Forest University friends had him teaching students in no time flat. He kept working for several more years and no doubt contributed immensely to the sciences by teaching yet another generation of microscope users how to get the most out of a TEM.

When he finally decided to stop working, he wanted to return to Pennsylvania to his roots. He and my mother moved back to PA near the town of Indiana where my sister Georgia (Missy) lived at the time. My mother began having TIAs and finally succumbed to a massive stroke shortly after they’d renovated a home and were settling in nicely. It was such a blow. My father went on. He became active in the Masons again and then the Shrine and became a clown. Here’s some photos from that time:

And now, the clown pix:

There’s SO, SO much more to say, but I’ll leave it up to you readers to find the comment field below and add your own memories of George or correct me where I’ve mis-stepped. All submissions welcome. Send your images to macguiguru@spamcop.net and don’t worry about whether it’s appropriate or not. George would have loved it – anytime one of his friends laughs, I’m sure his spirit hears them.

And in all this, my mother appears only a small satellite due to her reluctance to having her picture taken. Know that she was everywhere my father was. For over forty years they walked together as husband and wife and I am certain they are rejoined now. As much as our world is dimmed by his passage, I am sure somewhere there are angels singing and laughing.

Goodbye My Father. You are in my heart always.

13 thoughts on “For My Father”